The most common illnesses like acute tonsillitis, sinusitis and ear inflammations (acute otitis media) are treated according to the most modern medication protocols and the most advanced techniques are applied when surgical treatment is required.

The tonsils are deep inside the mouth, in the throat, they are considered as helping relieve inflammation by producing antibodies, as they consist of lymph tissue. When they get inflamed, they create acute tonsillitis.

If a child has at least 2-3 acute tonsillitis incidents annually, it is an indication for tonsil removal.

An absolute indication for tonsillectomy is also the peritonsillar abscess .

Adenoids are like tonsils, as they also consist of lymph tissue. They are in a place at the roof of the mouth and cannot be seen when we are simply looking at the mouth. In order to see them, we need a  flexible endoscope which will enter through the nose or a special x-ray will be done.

Adenoids cause problems and they must be removed when they are hypertrophic and when they get inflamed. They cause persistent rhinitis and otitis in children.

Swollen tonsils and adenoids are also responsible for the dangerous sleep apnea syndrome.

This syndrome is an absolute indication for tonsillectomy and adenectomy.

Tonsillectomy and adenectomy are done under general anesthesia. The father or the mother accompany the child into the operation room until it falls asleep and return when it wakes up. The operation lasts for about half an hour and is carried out with the most modern techniques. Hospitalization is brief and recovery in children very quick.

It is a surgical operation during which we open a tiny hole in the tympanic membrane in order to remove the fluid accumulated behind it.

A small tube may be placed in the hole in order to aerate the ear for a long time, so it does not accumulate fluids again.

If no tube is inserted the hole will close in 2-3 days. On the other hand, if there is a tube inserted, it will fall on its own in about 6 months.

Indications for myringotomy are:

Sleep apnea in the childhood

Diagnosis is very difficult in children. We must observe the following:

Children are traditionally operated on for problems of the nasal septum and rhinoplasty after 16-18 years of age. This happens because the nose is developing until then. However, research has shown that if there is a limited intervention in specific areas of the nasal bone or cartillage its development will not be affected.

Injuries & Congenital Disorders in the Face

Closing wounds on the child’s face, and in particular on the lips, the nose, the eyes, are of great important for the aesthetic of these areas, the functionality, the development and the child’s psychological state.

The preparation of the surgical site, suturing rules, post-operative wound care are all important for the cover of the scar.

Benign tumors like dermoid cysts and hemangiomas in the nose skin need careful removal and treatment of the deficit they leave, with special skin flaps.

Congenital abnormalities like cleft lips, cleft palate, nose, must necessarily close in the first months after birth, so the child can eat and start speaking.

Complementary operations are also needed in the following years in order to overcome the obvious social stigma caused by upper lip and nose deformities.

The rhinoplasty specialist can do all of the above.

A very frequent congenital disorder, sometimes mild and in other cases particularly visible and annoying. The most common cause is antihelix aplasia, in the natural pinna fold. The ideal age for correcting is 4-5 years before the child starts school and becomes the target of criticisms.

It is the most innovative otoplasty method applied to both young and old people.

The anthelle is the normal side of the ear that is usually missing. The difference is that the sutures go transdermally, incisionless, only through the opening of a needle.

The results are very natural and the success rate of this method is very high and the same applies for classical otoplasty.

In many cases, the method is supplemented by anterior scraping of the cartilage with a special splint to facilitate its folding.

The pediatric ENT specialist Dr. Argyro Kypraiou has a surgery in Athens with great experience in the area. Contact for more details. 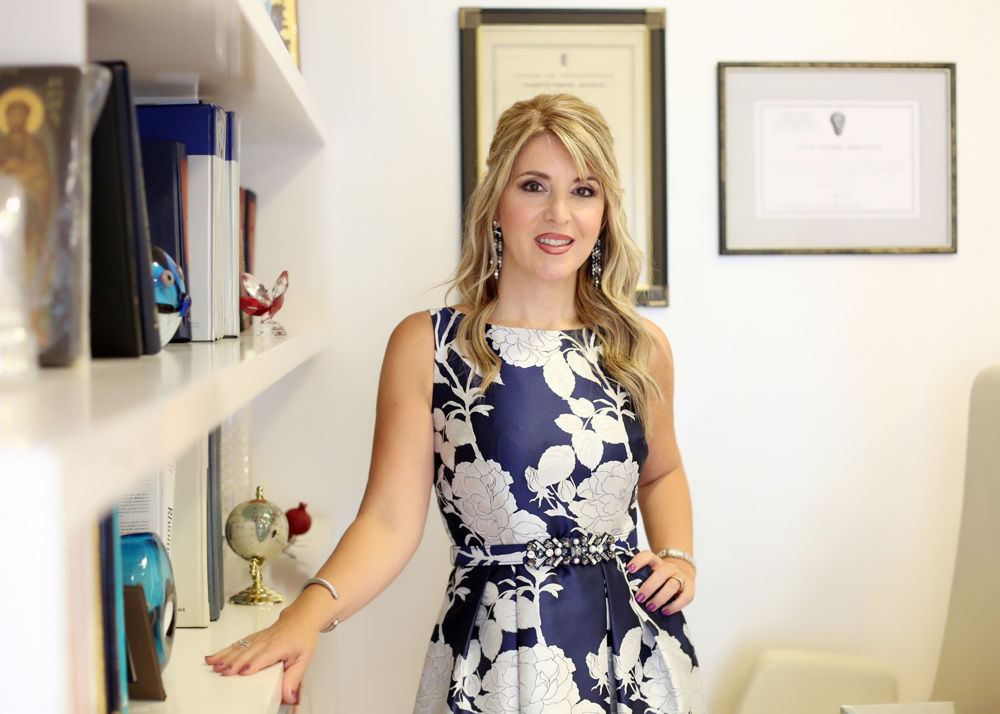